skip to main | skip to sidebar

Why We Should Cherish Life

According to Webster’s New World College Dictionary, cherish means to hold dear; to feel or show love for; to take good care of; protect; foster. Life is a living being, especially a human being. Unborn means still within the mother’s uterus; not yet delivered.

It seems like a no brainer, that every human life should be cherished. After all, we live in the 21st century, the most advanced, cultured and civilized society ever.

But we have been misled.

Early in 20th century America, Margaret Sanger and like-minded individuals set out to rid the world of “inferior” human groups and keep the population under control. They sought to arm women with reproductive rights, even if it meant destroying innocent life. However, this philosophy was NOT shared by Susan B. Anthony and the earliest crusaders for women’s rights. It was a very sad day in history when abortion became legal in the United States on January 22, 1973.

Little by little, many have been deceived. They have been made to believe that abortion is no big deal. That an unborn child is nothing more than a clump of cells, a mass of tissue that cannot yet be classified as a human being. This deception has allowed the abortion industry, the leader being Planned Parenthood, to make BILLIONS of dollars a year worldwide.

Does this cause a rise in you? Join the club! Together we have to stop this madness once and for all time. We need to come together as civilized human beings and stand up for truth and life. Spend an hour or two outside of an abortion clinic and see if you are not moved to help these moms and babies. Remember, if we don’t stand for something we’ll fall for anything!

Regardless of your religious convictions or lack thereof, we must cherish, we must protect, we must value the unborn children of our world. It’s what good and caring people do. We are all connected. The human race is one big family. Remember how you felt when you saw the devastation on 9/11? Or hurricane Katrina? The tsumani in Indonesia? Or the earthquake in Haiti? Do you remember how you wanted to make a difference in the lives of people you didn’t even know? Well you can make a difference in the lives of the unborn and their mothers right in your own town. You won’t see any ongoing television coverage about their plight, but it is as sad as anything you have ever seen.

If you turn away at this point and do nothing, you allow the scourge of abortion to continue. Don’t be silent. Commit yourself to take a stand for life EVERY day. You wouldn’t hesitate to protect a little tree from being trampled, or a puppy or kitten from being bludgeoned to death, right? Why is it that the same tender love and care is too often denied our unborn children?
Is it because they are not readily visible to the human eye? And they are temporarily dependent on a mother with whom we are afraid to ‘interfere?’

Let us abandon the ‘out of sight, out of mind’ mentality. Let us always be aware of the plight of our smallest brothers and sisters. Let us utilize the resources listed here so that young women will know there is a better way than abortion to deal with an unplanned pregnancy. Then hopefully, sooner than later, no more innocent lives will be lost, and no more women and men will have to endure great regrets.
Posted by Editor @ Parishworld.net at 12:25 PM No comments: 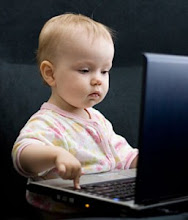 IF YOU ARE PREGNANT AND DON’T KNOW WHAT TO DO, PLEASE CLICK HERE. KNOW THAT THERE IS HELP AND THERE IS HOPE!

Cherish-life.com is a grassroots operation. We are a small but determined band of women (Sheila, Maria, Charlene and Cindy) who, several times a week, minister to women seeking an abortion at a Planned Parenthood in Southern California. We provide pregnancy resources, love, prayers, an empathetic ear, Kleenex, etc., in hopes that a woman might have a change of heart and keep her baby and her peace of mind. (Click for more.)

Cherish-life.com holds firmly to the belief that EVERY life should be cherished from the moment of conception to its natural end. Recognizing that no other group of human beings has been destroyed to the degree that unborn children have, cherish-life.com is dedicated to raising awareness that these tiny lives are precious and NOT expendable. And, therefore, we have to act with the knowledge that sex has enormous consequences. If we're not ready to accept the responsibility of a child, we really shouldn't be having sex.
Our hope is that, in the not so distant future, every mother will welcome and accept her child as a great blessing and not a curse. We are here to support women, NOT condemn them.

Support our ministry. Spread the word that life is to be cherished by using our Cherish-Life.com Gear. A portion of the proceeds will go to a local pregnancy center.

Send your comments or questions to cherishlifers@gmail.com.

Why we should cherish Life

Hear our Stories from the Front Lines

We're out there at abortion facilities on a regular basis talking to and praying for women who feel that abortion is their only way to deal with an unplanned or complicated pregnancy. These are our stories. Please feel free to share your thoughts or comments with us.

Stories from Women Who Chose Life

Live are being touched every day; unborn babies are being saved. These are the real life stories of women who have chosen Life for their baby. Won't you share your own Life story with us?